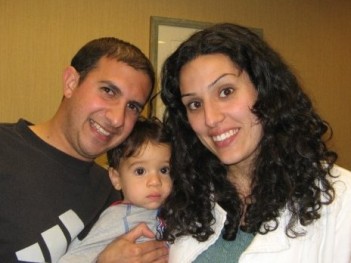 Around 9th grade or so when we were starting to explore career options in school, I considered being an architect, then found creativity too stressful for me and went the route of engineering. My parents, who are both engineers, begged me to go the medical route instead, but I felt my brain worked for engineering and that’s what I did.

Even though no one had ever told me so explicitly, my world was limited to the handful of options of what I’d seen people in my life do, which was basically the medical field and engineering. So in 2004 I graduated college and began my aerospace engineering job.

I went to India that summer to witness other engineers doing something more “out there,” but still I returned (in tears)1 to my secure life and job.

Then a church youth leader and inspiration to me moved to Africa, leaving behind his job and all the regular life that was known to me. He went to the same place I had gone for three weeks in 2001, but he wasn’t just fitting the trip into a gap in his “real” life, he was going there to live. After six months he came back to get married, with the unheard of plan (in our circles) to go back permanently to Africa to serve with his family. And sure enough, just a couple years into their marriage they went back to Africa with their little boy.

In the end he only spent another eight months in Africa (before the church made him a priest and sent his family to another part of the USA). But his “breaking out of the box” somehow blew my world open.

I could then internalize that more really is available for me to do…with my life as service rather than a “career”, to live among the people rather than “above” those I serve.

[1] That year in my “gap” between college and starting my career job I went to India for 3 months with a group that serves ministries by doing design work for their building projects. I found there that I cared nothing for the design work I was doing, and was also sad being so removed from the local people, but fell in love with the country and the glimpses I got into the lives of average people there.

One thought on “Expanding vision”