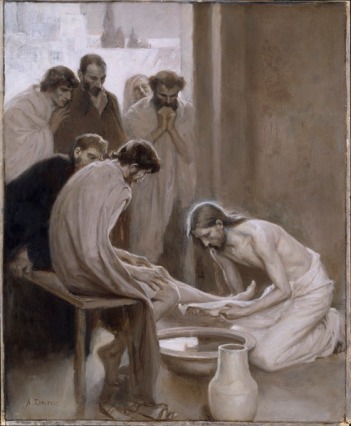 We were leaving the train station at night when I saw a commotion in the street. A woman screaming and crying in a rickshaw. Next to the rickshaw a man, lying on the ground. He appears to have fallen. Traffic is stopped. Everyone is watching.

I give my bags to Peregrine and run up to the man. He is unconscious, but still breathing. A nasty wound on his head is bleeding and his breath smells of alcohol. I didn’t have enough language to express everything I wanted to say to all the people standing around, so I got angry instead.

“What are you doing? Why are you just watching?” I shouted.

They tried to tell me that he was drunk and I should ignore him, but I told them that didn’t matter. I bent down and as gently as I could lifted him off the road to get him to a safe place. As I started to lift a rickshaw driver ran up and helped me by carrying his legs. We placed him on the sidewalk.

Someone suggested water, so I ran back to the station to buy a bottle. We used the water to bring him back to consciousness, and I tried to clean his wound. I got his wife to get him to drink a little. It was hard to access his injuries due to the drunkenness – he was only barely conscious, but whether from alcohol or from the head injury, I couldn’t tell.

His wife continued to sob and cry out. I tried to have Peregrine talk to her, but she didn’t know what to say to her and the wife didn’t seem to want to talk anyway. Over and over people said things to the effect of “leave him alone, he doesn’t deserve it, he’s drunk.” But I was concerned about the head injury and possibly alcohol poisoning. He was not in a good state.

Eventually I got an auto-rickshaw driver to promise to take the man to the hospital. We loaded him up, propped against the seat, and his wife sat next to him. I tried to pay, but the driver wouldn’t take it.

They left, and we left. I felt pretty bad about the whole thing – I wasn’t sure what good I had done or whether I’d done it the right way. The wife especially had seemed ungrateful and I wondered if I had been butting in somewhere I shouldn’t have been. But Peregrine told me something as we walked away that struck my heart.

“When you first went up to him while he was lying on the road, two men were passing behind me. One of them said something about what you were doing, and the other one replied, ‘He’s being a Christian.'”

That sentence, and the fact that someone could witness a brief interaction and have that come to their mind, has sat with me ever since.

“Ah,” said the lawyer, wanting to win the point, “but who is my neighbor?”

Jesus rose to the challenge. “Once upon a time,” he said, “a man was going down from Jerusalem to Jericho, and was set upon by brigands. They stripped him and beat him and ran off leaving him half-dead. A priest happened to be going down that road, and when he saw him he went past on the opposite side. So too a Levite came by the place; he saw him too, and went past on the opposite side.

But a traveling Samaritan came to where he was. When he saw him he was filled with pity. He came over to him and bound up his wounds, pouring in oil and wine. Then he put him on his own beast, took him to an inn, and looked after him. The next morning, as he was going on his way, he gave the innkeeper two dinars. ‘Take care of him,’ he said, ‘and on my way back I’ll pay you whatever else you need to spend on him.'”

“Which of these three do you think turned out to be the neighbor of the man who was set upon by the brigands?”

“The one who showed mercy on him,” came the reply.

So when he had washed their feet, he put on his clothes and sat down again.

“Do you know what I’ve done to you?” he asked. “You call me ‘teacher’ and ‘master,’ and you’re right. That’s what I am. Well, then: if I, as your master and teacher, washed your feet just now, you should wash each other’s feet. I’ve given you a pattern, so that you can do things in the same way that I did to you…”

“Just as I have loved you, so you must love one another. This is how everybody will know that you are my disciples, if you have love for each other.”2

One thought on “He’s being a Christian”