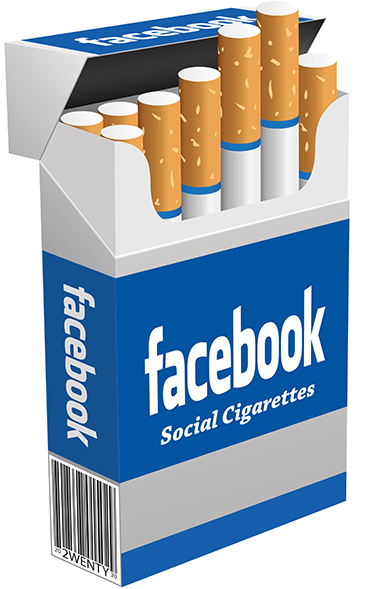 I’m leaving because we’ve given up control of part of our lives to a corporation that doesn’t work for our benefit. Leaving Facebook will come with a cost. But the cost Facebook extracts from our lives is greater than any benefit it provides.

Remember, Facebook makes a lot of money. Yet you don’t buy anything from them. Why not? Because YOU are the product they are selling. You don’t pay Facebook with money, you pay Facebook by giving yourself away.

And you might have less control over what you’re giving away than you think you do.

“The thought process that went into building these applications was all about: ‘How do we consume as much of your time and conscious attention as possible?'” – Sean Parker, founding president of Facebook

“This system is better at hijacking your instincts than you are at controlling them.” – Tristan Harris, former Google engineer

“The dynamics of the attention economy are structurally set up to undermine the human will.” – James Williams, former Google strategist

If the freedom to dictate your own time and relationships is a virtue, then social media is a vice. Many people don’t realize that Facebook doesn’t show you all of your friends’  updates. It doesn’t notify you when everyone posts. It only shows you the material their algorithm has selected for their own purposes, the most important of which is to keep you on their platform for as long as possible.

Internal critics of social media refer to it as the “attention economy”. This phrase was born out of their own corporate strategy sessions. Their explicit goal is, “We will capture as much of your time and attention as possible.” It’s required by their business model. They make money off of advertising, so the more time you spend on their platform, the more advertising you will see, and the more money they can make. Their goal is to replace other things in your life with Facebook (or Instagram, Youtube, etc.).

Of course, it’s our choice how much time we spend on Facebook. We decide what we will give attention to. Right?

If you think that you can defeat them, that you are always in control, then you may not realize who you are up against.

In large part this all started with B.J. Fogg, a behavioral scientist at Stanford who studied how technology could be used to manipulate human behavior. The techniques he discovered were so powerful that he began to spend half his time consulting the tech industry on the use of psychological manipulation – people like Mike Krieger, one of the founders of Instagram, were his students. Even the companies that didn’t learn from Fogg directly still copied his techniques, or hired their own behavioral psychologists in order to develop their own forms of manipulation.

“The technologies we use have turned into compulsions, if not full-fledged addictions. It’s the impulse to check a message notification. It’s the pull to visit YouTube, Facebook, or Twitter for just a few minutes, only to find yourself still tapping and scrolling an hour later…just as their designers intended.” – Nir Eyal, tech company founder and expert on habit-forming products

“It’s a social-validation feedback loop…exactly the kind of thing that a hacker like myself would come up with, because you’re exploiting a vulnerability in human psychology.” – Sean Parker, founding president of Facebook

“On the scale between candy and crack cocaine, it’s closer to crack cocaine.” – Chris Anderson, former Wired editor and founder of GeekDad.com

I didn’t particularly like Facebook when it came out. Even after I got an account I went years without using it. But over time, I noticed that the blogs and message boards my friends and I used to share with each other were dying out – everyone was moving over to Facebook. I felt pressure to move to Facebook too if I was going to remain in touch with people. 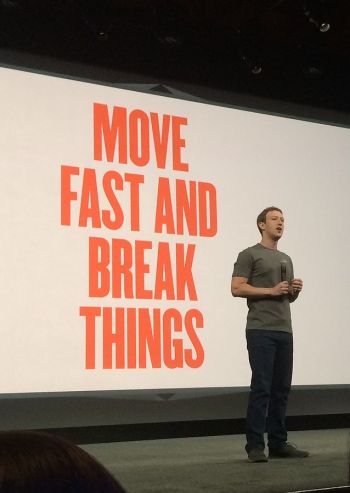 As I began to use Facebook more, I saw a darker side. When I’d try to concentrate on important work, I’d end up taking a break to check Facebook every so often, even though I wasn’t waiting for anything in particular. I’d stay up too late scrolling through the news feed even when I needed sleep. I’d get in arguments that weren’t helpful to anyone. People who I had great relationships with in real life showed animosity online.

At times I would feel so bad about the negative impact that I would “fast” from Facebook, avoid the site for weeks or months. But some random thing would bring me back, and I would notice signs of addiction again, even if I wasn’t using it every day.

I also began to notice that Facebook could manipulate behavior outside of its own platform. As Facebook grew, the views and engagement on my blogs began to drop noticeably. People just didn’t remember to check blogs anymore, they were checking Facebook. So I began linking my blog posts on Facebook, and views went back up.

Then one day Facebook decided that they didn’t like people leaving their platform, so they changed the algorithm to devalue links to outside sites. The moment they instituted the new algorithm, over a hundred people who used to see my blog posts on their timeline stopped seeing them. Activity on my blog immediately dropped by over 60%.

No one asked whether you wanted to see blog posts less often. It seems reasonable to assume that the people who read my blog actually wanted to read it. But dozens of readers were now gone, solely because Facebook decided it didn’t want them to leave and thus stopped showing them the reminder. And I had zero control over whether my own friends saw my blog link.

A corporation decided that it wasn’t profitable to send people to my blog. And my friends’ behavior changed to match the corporate goals. It’s just one example of how Facebook was now controlling the content of more lives than perhaps any corporation in history.

That incident happened years ago, and over time I have seen more examples of Facebook choosing what people will do and influencing their behavior. And that frightens me. Because I don’t think that Facebook desires to align your behavior with the will of God. I don’t think Facebook desires to make you a better person. Facebook exists to make money, and if it gains control of you, it will manipulate your behavior to make money for its platform no matter what negative impact that may have on the rest of your life.

Taking over your time isn’t the only way Facebook manipulates you. Targeted advertising has reached a scary level. For example, nearly worthless for-profit colleges will purposely target people with low self esteem, using those people’s personal updates and search results to find out who is unsatisfied with their lives, and then scam them. People anxious about their sex lives are being targeted by Viagra, people anxious about money are targeted by pay-day loans. Your online behavior is sold directly to companies which wish to exploit you.

Facebook can make a simple change in their algorithm, and that change will show a different news story to millions of people than they would have seen otherwise, having a real impact on those people’s opinions about the world. A change in the algorithm might cause millions of people to see one political meme instead of a different one. It has been proven that Facebook can manipulate your likelihood to vote merely by changing whose status updates you see on voting day. Political microtargeting via social media in the last election had a meaningful effect on who people voted for as well.

“One reason I think it is particularly important for us to talk about this now is that we may be the last generation that can remember life before,” – Justin Rosenstein, former Facebook engineer who created the ‘like’ button

“Have you seen that episode of Black Mirror [where society operates entirely via social media rankings]? I just watched that about a month ago, and that haunts me on a pretty regular basis. Because it’s not that far off.” – Leah Pearlman, the Facebook manager who originally promoted the ‘like’ button

I don’t know if I really understood the consequences of what I was saying, because the unintended consequences of a network when it grows to a billion or 2 billion people and … it literally changes your relationship with society, with each other … It probably interferes with productivity in weird ways. God only knows what it’s doing to our children’s brains.” – Sean Parker, founding president of Facebook

Facebook isn’t the only company like this. Thankfully I have never signed up with Instagram, Snapchat, or Twitter, which use some of the same manipulative techniques. But even Youtube and Google are deeply invested in psychological manipulation. Practically anyone who relies on internet ads for their profit model has to be a part of it now.

I don’t want to be a part of the problem.

You may have noticed a change in the URL of this blog. I had previously used the service for free – all I had to do was let them show ads. No cost, right? But there was a cost – I was selling the time and attention of my own readers. So though I now have to pay a small monthly fee, I’ve chosen to start blogging on my own domain and eliminate the ads. I will opt out of that economy.

It will take a little more time, but I am also shutting down my Facebook account. There will be costs. I stopped using Facebook a month ago, which meant that I didn’t post my last two blog posts on Facebook. As a result, visits to my blog dropped by over 80%. That hurts.

But I’m at the point where I believe that continued engagement with Facebook hurts more. Perhaps closing my Facebook account will cause my views to drop. But if I don’t close my Facebook account, all those people will continue to rely on Facebook to view my blog, and I will be subject to all future decisions Facebook makes about my content. If they want to lower views to my blog, to show my readers damaging ads, to promote misleading memes, they will have the power to do so. And I don’t see any way to take back control other than by quitting cold turkey.

If you would like to read this blog, if you gain any benefit from its perspective, enjoy the pictures, or just want to see what we’ve been up to, then please subscribe to updates via email. Or just start up your own rhythm of checking occasionally, without Facebook to remind you.

Because I’m not going to let a corporation make those decisions for us anymore.

Tech companies use “persuasive design” to get us hooked. Psychologists say it’s unethical.

Our Minds Have Been Hijacked by Our Phones. Tristan Harris Wants to Rescue Them.