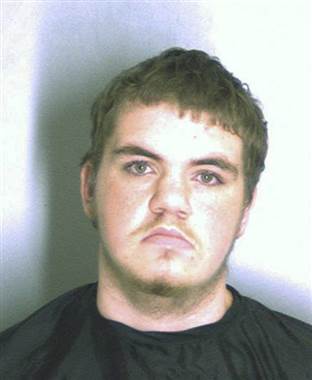 “He had a look on him that he was willing to kill. He said that he didn’t have any reason to live and that he knew he was going to die today…I knew that if he got out that door he was gonna kill everybody.”

Antoinette Tuff was a bookkeeper at the Ronald E. McNair Learning Academy. She happened to be standing at the front desk at the moment Michael Hill rushed into the office with an AK-47.

Michael fired into the ground and stared. The bullet ricocheted off the floor, past the staff, into a wall. He ordered a clerk to call the local television station, and when the call went through Michael told them he wanted them to come and “start filming as police die.”

Officers had heard the shot and were approaching the school. Michael darted outside and began shooting at them. Two school staff ran out to warn the teachers while Antoinette called 911. Michael ducked back inside, and he and Antoinette were alone. Michael, dressed in black from head to toe, carried a duffel bag with 500 rounds of ammunition. 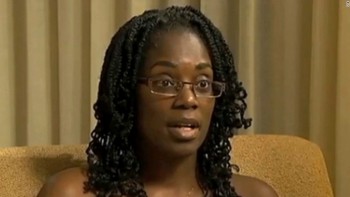 Antoinette was in a difficult time. Her husband had left her for another woman the previous year. She struggled with depression. Nine months earlier she had attempted suicide. Two days before school started she had considered suicide again. When Michael came she was on the phone with debt collectors threatening to repossess her car. Yet at that moment, with that man in front of her, she felt a reason to live.

All of us have a purpose in our life. And so God prepares us all for one. That day it was very important for me that every word that proceeded out of my mouth at that point in time could be life or death, not only for me and Michael Hill, but for everyone in that building. And so I knew that that was the moment that I had to make sure that everything that I heard God say to me, was what I came out of my mouth with.

Antoinette hadn’t left with the others. Instead she prayed. She asked God what to do. And she spoke to the gunman. Told him her name. Asked for his. Shared that she was having a rough day. A rough life. Asked him about his life. Asked him what he was doing.

Michael Hill, with the school’s children just one door away, told Antoinette that he was there to kill people. He said he had nothing left to live for. Eventually, he shared that he had mental problems and hadn’t taken his medication.

So I saw this 20-year-old man standing in front of me. He was the same age as my kids. I saw a young man crying out for help… I didn’t see the bullets on his back or the AK-47. All I could see was this youth in front of me.

We were pain meeting pain.

I was terrified, but I couldn’t focus on that. All I could see was that young man and how were we all going to get home safely.

When we show that compassion, it just works. That’s what we have gotten away from as a society and as a community.

What we do is we look at the outside of you. We size you up. And judge you. With that young man — I didn’t judge him. I used my best judgment.

Remember, this was not a “he has a rifle and maybe he’ll use it” situation. He had already fired the gun directly in front of her, had already exchanged fire with the cops. He was refilling his magazine, shoving more bullets into his pockets, dropping them on the ground and acting unhinged. At one point Antoinette asked if she could go and Michael nodded, but she didn’t leave.

At several points Antoinette returned to the 911 call, primarily to pass on Michael’s instructions telling the police to back off. In the background of the call you can hear Michael repeat that he wants to kill police, that he’s not mentally stable. Several times Michael attempts to go out and begin shooting at the police again, but Antoinette convinces him to stay inside. He screams at her to tell the police to stand down.

As the calls go on Michael becomes more and more vulnerable, telling Antoinette that the police should get in contact with his probation officer to tell him what’s going on. He eventually concedes that he doesn’t want to hurt any kids and he should just kill himself. He gets him on the phone with a family member and breaks down, admitting that he should have just gone to the hospital and gotten his medication.

As Antoinette moves from a negotiator to a comforter, her sympathy and acknowledgment of Michael’s humanity is remarkable. You can hear her consoling the young man:

“You gonna be okay. I thought the same thing, you know I tried to commit suicide last year after my husband left me? But look at me now, I’m still working and look, everything is okay.”

Antoinette attempts to help Michael close out the situation by saying that she’ll advocate for him, testify that he didn’t try to hurt her. He replies that he’s already shot at police and his life is over anyway. She tells him that he didn’t hit anyone so he still has a chance. He says they’ll kill him, she promises to walk out alongside him so that no one fires. She elicits a promise from the 911 dispatcher as well, that no one will fire if they walk out together.

As Michael begins to accept that the standoff can end without anyone dying, he asks Antoinette what he should do with the gun, and she gets instructions from the dispatcher. The last few statements were some of the most remarkable ever to end a school shooting:

“Can you talk to the police and let them know that I’m gonna walk out there with him and he wants to give himself up?”

“He wants me to go on the intercom and let everyone know that he’s sorry.”

[Antoinette proceeds to give an intercom message to the entire school, telling them that everything is going to be okay and that Michael is sorry for the trouble that he’s caused.]

“I’m going to take the gun from him and put it over on the other side by me. He’s putting everything down.”

“Hold on before you come, he’s putting everything down. He’s going to go on the floor, so give him a minute. He wants to drink his bottle of water, let him get it together.”

[Michael says something inaudible in the background.]

“You want me to go ahead and tell them to come in now?”

“Okay, he’s on the ground with his hands behind his back. Tell the officers don’t come in shooting or anything, they can come on in and I’ll buzz them in.”

“So hold on, just sit right there and I’m gonna buzz them in, okay? So you’ll know when they’re coming, okay? Okay. Just stay there calm and don’t worry about it, I’ll just sit right here so they see that you’re not trying to harm me, okay? Okay. It’s gonna be alright sweetheart, just want you to know that I love you, okay?

And I’m proud of you. It’s a good thing that you’re just giving up and don’t worry about it. We all go through something in life.”

The police rush in with a markedly different tone than Antoinette had been using. Michael stays down, and they arrest him. The last thing you hear on the 911 tape is Antoinette breaking down and crying, telling the dispatcher how terrified she was.

Yet because of her words, her actions, this would be one day without any tiny caskets.

Antoinette Huff has shared in interviews that she could never have made it to that point on her own.

I was screaming and terrified on the inside. I didn’t even know I was calm until everybody kept saying that. And so what I did is I went back to listen to the 911 tape to see exactly what I was saying and how calm I was. And to be honest with you, I didn’t even recognize my own voice. And so I knew at that moment that it was God that guided me through that day.

Q: What was the prayer you said when it was all over?

A: Thank you, Jesus.

Antoinette shared after the incident that she would like to visit Michael, that she saw him as a hurting soul. In response to the ordeal she left her job as a bookkeeper to began a school mentoring program focused on intervention and prevention. She works to give struggling kids a release from what they’re going through in their lives, helping them to discover compassion, competence, and control.

I was able to reach that gunman because I allowed him to know that despite what he was going through, I loved him. And I still do.

Our kids need one-on-one mentors. When they go through bullying in school, when they feel unsafe, they feel they have someone to talk to. It is going to offset behavior.

Some years later after the Parkrose shooting, when the debate about arming teachers was raging, an interviewer reached out to Antoinette to share her experience and get her opinion on how best to stop such shootings.

Q: How do you feel about arming teachers to protect schools?

A: I can go back to me on August 20, 2013. If I had had a gun on me, we’d have all been dead. Because you got to go back and look at the state of mind you are in at that moment. I tried to commit suicide two days before that. My life was in an uproar. My husband had just left me after 33 years.

We already have teachers on the front lines every day. They are in the schools trying to teach our kids. They have behavior issues they are dealing with. They have foster kids, homeless kids. They have kids (whose) only outlet is when they come to school.

So now what we are saying to them is: Not only do you have to teach them in the midst of what you have going on, but then I need you to protect them, too?

What are we really saying? That’s the question we have to ask ourselves. At the end of the day, is it safe to put our educators in that position? Because they have families, too. When you put so many people in the fire, then who is going to snatch them out?

Q: So what is the answer then?

A: We have to be able to know where people are in their lives. And it’s hard to know that when you got a gunman in front of you and you are armed. You are going to go off instinct — fear and emotions of the moment. And those don’t line up to be the best when you are overwhelmed.

Q: After everything you have gone through, do you own a gun?

One thought on ““Jesus is a good gun for me””