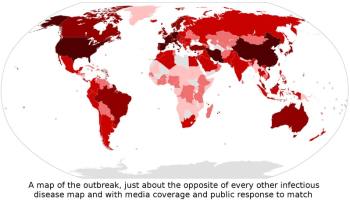 People collapsing unable to breathe. Hospitals stretched past their limits of space and manpower. Life-and-death decisions over who gets a ventilator and who does not. In the worst-hit countries hundreds of people are dying every day.

The West has not experienced this in our lifetime.

But here it is familiar. In September I shared Alia’s story. Alia who collapsed and found it difficult to breathe after a fever. Alia who was shuttled between overcrowded hospitals because they didn’t have room for her. Alia who was denied a respirator after the hospital allocated its last one to someone else. Alia whose life still hangs in the balance.

The similarities struck me most when I realized that the fear some of my friends in the West feel about catching coronavirus is similar to the fear we lived with for months when our little daughter Shakeenah may have been exposed to TB. 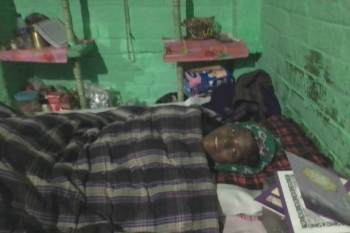 Two weeks ago I paid a visit to Alia in her home. Earlier this month she had relapsed and had to be admitted back into hospital care. Now she looked better, even willing to smile for me, but you can see the setback in her face. Once again she had been denied entry at the closest trauma center, once again her family had to rush from hospital to hospital trying to save her life, once again doctors made decisions based on her status rather than what is best for Alia. In the end her life was spared, but I am even more fearful than before that the damage is permanent, and I don’t know how much longer she will be able to hold on.

This is always our reality. 1,100 Indians die of tuberculosis every day. Nearly a thousand more die of other respiratory illnesses. That’s a normal day.

Yet governments who have proven willing to go to extreme lengths in order to combat coronavirus, including our own, fail to tolerate the slightest discomfort to fight TB. Private citizens who put their lives on hold to stop their own epidemic have never considered what they could do for ours.

We’ve seen the response to coronavirus. The possibility of hundreds of thousands of Westerners dying is terrifying. Schools and public events closing, stock markets crashing, populations confined to their homes, medical staff in war mode, a disruption of everyday life greater than anything in our lifetimes. Politicians are spending trillions of dollars.

You can trust that with this massive effort, the outbreak will be controlled in the end. Life will go on, and before long the rich will be rich again.

We do not know whether COVID-19 will hit us as hard as it hit you. If it does the scenario here will be apocalyptic. Social distancing is impossible in these slums. The average person’s health is already poor. Hospitals are already overcrowded. It is possible that a million or more will die. Several of our friends have already fled the country in fear.

And we are aware that the West, which mobilizes so radically to face the threat to well-off citizens, will do little more than donate around the edges of our crisis. They’ll never have to worry that their government will disrupt their lives to sacrificially help ours. Though wealthy nations already enjoy around 4 to 6 times as many doctors per capita as we do, 10 to 15 times as many ventilators as we have, we expect only a smattering of medical professionals if any will make the journey to help us, and relatively few ventilators will be provided in comparison to our need.

I fear that if the outbreak gets bad enough, many of the middle-class and wealthy doctors here could simply flee. Many already have fled the “normal” crisis we live every day – look at how many thousands of your doctors originated from this country or other suffering nations like it. If we lose even more, not only will the pandemic victims suffer but poor people with any ailment will be in dire difficulty. What if Peregrine or I or one of our children catches dengue, or is injured in a fall? I fear for my family. I fear for all of us here.

I fear. Have you have ever heard me say that before? I am scared.

These statements may be uncomfortable but I’m not going to sugarcoat it. Last year I got into a pointless argument when a friend said he wasn’t willing to sacrifice his own aesthetic preferences for just causes. He suggested that he’d be happy to buy a more ethical car, or more ethical food, so long as he liked the look/taste of them and his life wasn’t infringed upon. But he was never going to “sacrifice” his own desires no matter what the consequences were. And most of the people participating in the conversation agreed.

Most of the people in the world agree. Not 1 in 1000 politicians would risk losing half a percentage point of economic growth to save poor people’s lives unless rich people were being affected too. No one would vote into power someone who suggested we take any steps back in our own pursuit of wealth to save the lives of impoverished Indians abroad. We know, if the virus hits, that we’ll effectively be fighting it alone. At most we’ll welcome a few donations from the scattered scraps of the other world’s excess wealth, so long as it’s not so much that anyone will notice it missing.

In the grace of God all of this worry will be unnecessary. It is possible we’ll be lucky and the virus won’t hit us as bad. And we’ll just continue on as usual, with 2,000 people dying of respiratory illness every day.

On our normal day.

4 thoughts on “The normalcy of crisis”