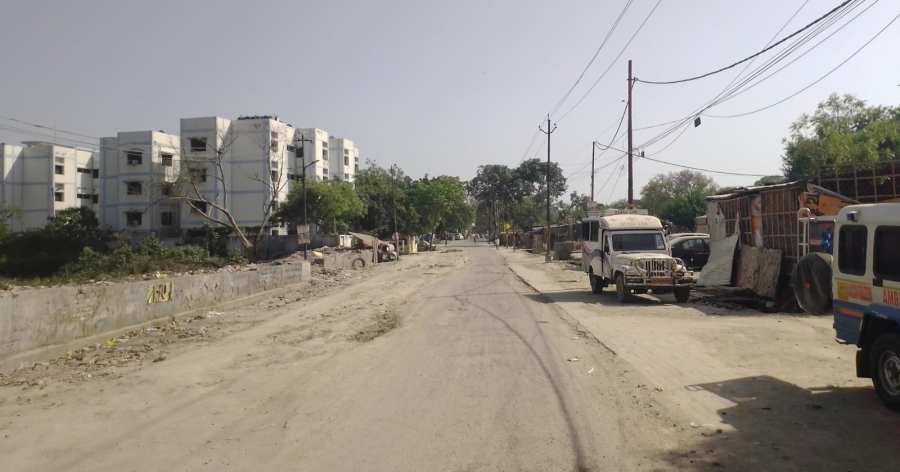 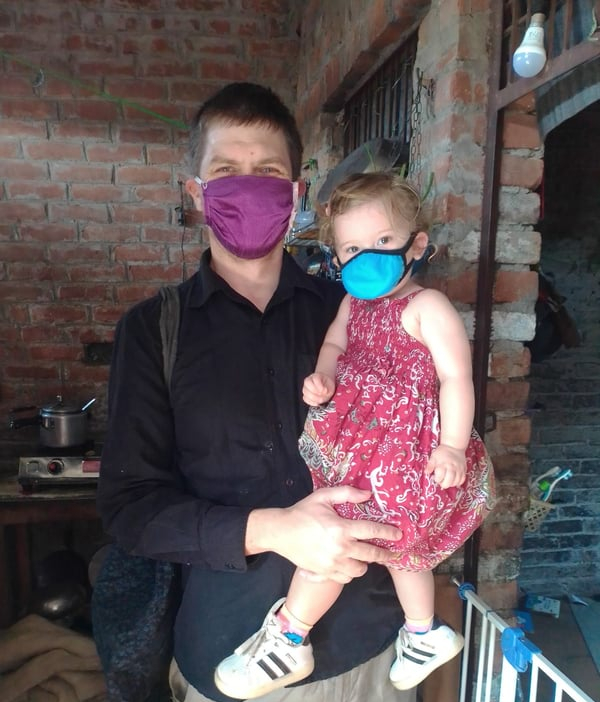 A scooter jolts over a distant curb and peels off. As I hurry to see what it’s fleeing, a man steps into view with an enormous red stain on his shirt. “Dear God, let that not be blood.”

In the minute it takes to reach him I change my mind three times on whether it’s blood or not. From 10 feet away I decide no, there is too much and he’s still coherent. Did someone throw a pomegranate juice? But the juice shops have been closed for months.

Then I see the wound on the back of his head.

He can still walk and I can’t stem the bleeding with Shakeenah in one arm, so I guide him to the hospital across the street. The man’s name is Suraj. There was some sort of altercation with the guy on the scooter, I don’t understand what started it but a large rock applied to the back of Suraj’s head ended it. We pass a dozen police officers loitering outside their headquarters. They don’t acknowledge us. You can measure his pulse in the rhythm of the flow.

I won’t draw out the interaction at the hospital because I’m still too angry. Let’s just say that I tried to get through the front door four times and was kicked out the first three. I quit with the reasonable pleading and instead scream at everyone in the vicinity, “If this man dies I am filing a police report for murder against each and every one of you!” That gets us through the doors.

They’re a private hospital. They don’t treat patients who look poor. Even in emergencies. 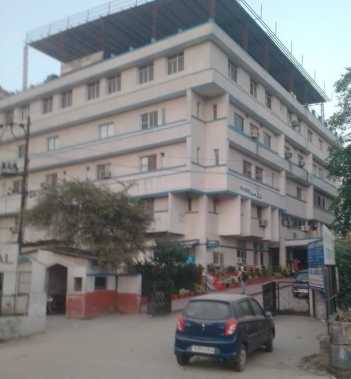 Once inside I still can’t get help. I say I’ll pay for everything; it makes zero impression. Running in circles, I burst into a place I’m not allowed to be and locate a pair of doctors. One agrees to come out. In the waiting room Suraj stands, bleeding. No one helps.

As I launch into another plea, Suraj collapses to the ground like a dropped puppet.

Now I’m yelling. Shakeenah cries as she stares at Suraj’s limp body. A nurse runs up with an infrared thermometer (less than 100 COVID-19 cases in our city of 3 million and they still do that before treatment). I berate each and every person within earshot.

Finally, the doctor instructs a nurse to stop the bleeding and bandage the wound.  I help him get Suraj onto a stretcher and into the operating room. The doctor tells me to take him to the government trauma center once he’s bandaged up. I point out that the streets are empty and ask for an ambulance. They refuse.

Outside I do everything I can think of to find transport. But there was nothing moving, nothing available at the taxi stand. I mime desperation for the sake of the growing crowd because I have no clue what to do. Someone interrupts me from behind, “Your patient is over there.”

The staff had left Suraj in a wheelchair, unattended, on the side of the road. His head was bandaged competently and it appeared the bleeding had stopped. But his shirt is soaked nearly to the bottom. How much he must have lost! He’s slumped over, weak but alert enough to hand me his phone, afraid he may lose it.

I realize – not for the first time – that he needs fluids. Pints of blood gone and they just put him back out in the sun. I run to the dispensary and buy a bottled water, run back. Suraj shares pieces of what happened, but I respond only to let him know I care. I’m fixated on getting him medical attention. There’s a thought of just rushing the wheelchair to the public hospital, less than a mile away. But the awkwardness of carrying Shakeenah keeps me from trying.

The crowd is now 100+, most of whom are associated with the hospital or its patients. None are helping. I try to get Suraj to drink water. I want to scream, scream at everyone.

Someone suggests I get an ambulance. I tell them the hospital won’t give me one. They say to call 112, the emergency number. I’m skeptical it will show up in time, but also upset that no one has tried themselves. They all have cell phones, none are foreigners, none are holding a baby. “Why don’t you call?!?!” I yell. “Why doesn’t anyone call!?!?!!”

A motorcycle cop passes and I shout out to him. He stops, and for the first time someone other than myself shows a bit of concern. I tell him the situation, he makes suggestions, I tell him why those won’t work, he gets on his own phone and tries to find a solution.

At this point the sense of desperation begins to ease, if only slightly, from the calming effect of having a partner.

I don’t remember whether it was me or him, but one of us realizes that there is an ambulance parked down the street. “That ambulance, who drives it?” the officer asks the crowd. I run over to figure it out. Time passes, people go back and forth, eventually an owner and a driver are produced, the driver a man from my own slum. They agree to take us.

The owner instructs me where to go if the main hospital won’t admit my patient. With the driver’s help I get Suraj inside. He thanks for me for the third or fourth time and says I’ve done so much, but then almost passes out as he lays down. Shakeenah starts crying again. Something about Suraj’s condition frightens her whenever he’s not sitting up.

I call my teammate to meet us at the public hospital (he assists patients there daily and knows the routine far better than myself) and we pull away. One arm around Shakeenah and the other holding Suraj in place. There’s a sense of relief and even nervous energy. It’s working. But I’m frightened of the possibility of internal bleeding and uncertain how lying down would affect it.

More confusion at the public hospital but I’ve complained enough for today. My teammate is a huge help, he gets Suraj into the trauma center with limited assistance from me. I had been in contact with Suraj’s family as we were readying the ambulance and again after we arrived, and soon his wife and son are there. Everyone is grateful.

Shakeenah continues to cry and appears overwhelmed by the events. I don’t want her inside the hospital anyway. I ask my teammate to take over and he graciously does. It looks like Suraj will be okay.

We don’t run the errands we had planned for the outing. I walk Shakeenah a slow mile home. I’m so fed up with this.

“Which one of these three do you think turned out to be the neighbor of the man who was set upon by the brigands?”

“The one who showed mercy on him,” came the reply.

And he said to them, Is it lawful to do good on the sabbath, or to do evil? To save life or to kill?”

He was deeply upset at their hard-heartedness, and looked around at them angrily. Then he said to the man, “Stretch out our hand.”

3 thoughts on “Shakeenah rides along”