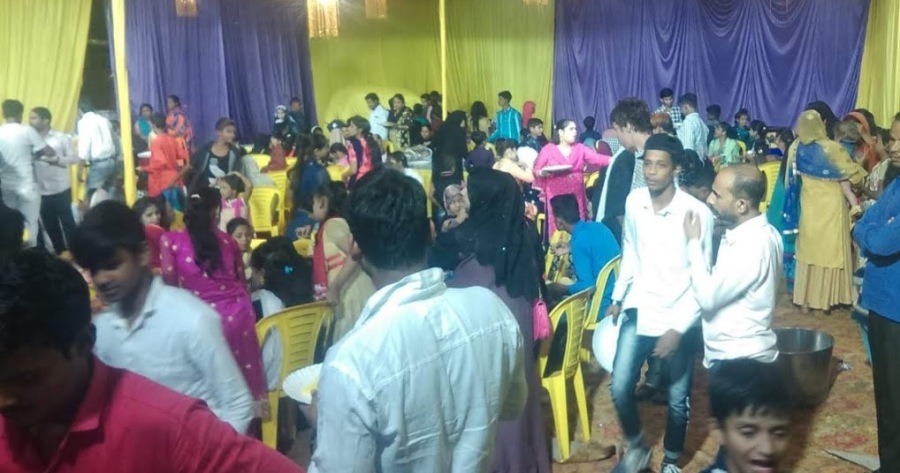 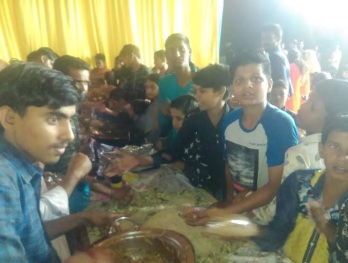 “When you give a dinner or a banquet, do not invite your friends or your brothers or your relatives or rich neighbors, lest they also invite you in return and you be repaid. But when you give a feast, invite the poor, the crippled, the lame, the blind, and you will be blessed, because they cannot repay you. For you will be repaid at the resurrection of the just.”1

Having a boy is a big deal in our adopted culture. It could be said that raising a boy into an honorable man is the main goal of almost every family. The birth of a boy is a great joyous occasion, and the boy’s 1st birthday is often a major event.

You can imagine the consequences such a focus can have for girls in the culture. So when our little Shakeenah was born, I wanted to subvert expectations by celebrating her in a manner rarely seen for a female baby. As Jesus’s words about giving a feast had long implanted in my head, my dream manifested in throwing the biggest birthday bash our slum had ever seen.

I went to my friend Aslam and told him my idea. As I mentioned in my earlier post, Aslam is quite the “fixer” and I knew his help would be vital in pulling off the party. Aslam asked me how many we wanted to invite. I told him to prep for 2,000 guests if we were going to include everyone who felt a connection to us in the slum. Aslam laughed at me and said that was impossible….eventually we settled on 450 as the largest manageable size. 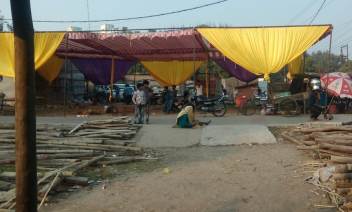 We did our best to 1) emphasize how great a gift from God having a daughter was and 2) serve the community with a spectacular meal. There were a LOT of logistics necessary to make it happen. From the wording of the invitations to the selection of the menu, Aslam was vital in fulfilling those goals. The use of the land (an empty lot on our slum’s edge). The tents tables chairs. The plates silverware appetizers dinner dessert water. Printing invites. Arraigning electricity and manpower. Aslam knew how to handle events and I knew how to handle the slum. Not once did Aslam ask for any pay (though I eventually forced him to take something); he was willing to spend a couple weeks of his life helping make it happen solely due to his relationship with us, his love for little Shakeenah, and his belief in our vision.

The day itself was stressful. Would the site be cleaned on time? (In the end I did it myself with a crew of teenage boys.) Would all the supplies arrive? Would the cooks finish their work? Would everyone show up? Would way way too many people show up? And all this money and trouble….would it mean anything? Would people realize how much we cared for our daughter, and would that matter?

It felt like a miracle when kids started streaming into an empty tent at 8pm and grabbing local delicacies from the servers. I will say that the one person who didn’t have a great time was Shakeenah. As a hundred or so children gathered to sing her happy birthday she freaked out and I had to whisk her away. The intensity of the crowd when the adults started showing up made it even worse. Shakeenah only attended her own party in short spurts over the course of the night. The event even overwhelmed Aslam, who had never catered in a slum before and was a bit thrown aback by some of the natural chaos. 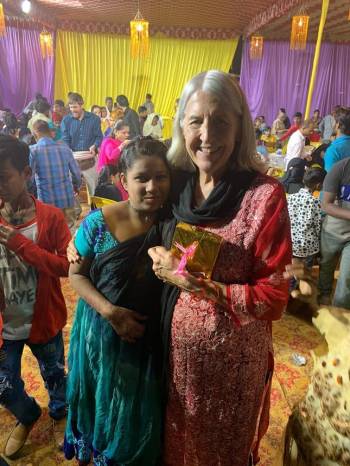 But my neighbors had a BLAST. They came in their best clothes, marveled at the setup, cooed over Shakeenah, and loved the food. Way too many of them showed up, but by the grace of God it didn’t matter. Aslam counted the plates that were filled and realized that we served over 600 people! And still there were huge quantities left over, such that food was delivered to many families who were unable to attend and other attendees carried bags and bowls of chicken home with them. How did food for 450 somehow serve over 600 with so much left over? Aslam told us an Arabic phrase that translates to it being a “God-multiplied” event, a little glimpse of loaves and fishes in our midst.

For months, even to this day, our neighbors continue to remind us of what a wonderful party we threw for our daughter and how happy they were to be there. Our prayer is that it makes a tiny impact on how wonderful they realize that daughters are.

One thought on “Shakeenah’s party and Luke 14”